From Milan to Hong Kong : 150 years of mission

Introduction:
The Pontifical Institute for Foreign Missions (PIME) marks the 150th anniversary of its arrival in Hong Kong on April 10, 2008.
The ensuing narrative, albeit not exhaustive, illustrates in words, photographs and documents, the lives and work of the 207 PIME missionaries who came to Hong Kong . For many decades they were known, as the book’s title hints, as the Foreign Missionaries of Milan.
PIME missionaries were trailblazers of change, and they, themselves, changed. They had to re-invent their methods and re-package their mission on account of the otherness of the interlocutors, and the swift transformation of the local communities. In the process the missionaries gained a better knowledge of themselves and their resources.

搶先評價 “From Milan to Hong Kong : 150 years of mission” 取消回覆 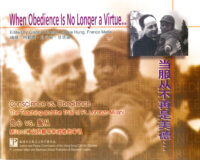 義和團運動與中國基督宗教 The Boxer Movement and Christianity in China